I've been hard at work on another personal project using up a lot of time I would usually have for experimenting with various technologies and writing blogs.

However, this weekend I thought I would take a short break from said project and do something a little different.

I have been trying to get a decent running instance of Windows 9x running for some time, but it seems that the modern virtual machine solutions like VMWare and VirtualBox does not really emulate really old hardware very well and as a result it is becoming increasingly hard to get really old operating systems running on these solutions. So, I set out to search for something that would emulate the older hardware a lot better.

Searching for something so niche wasn't something I thought would yield great results - after all, how much of a demand is there for this kind of thing? Turns out, thankfully, I was wrong. There is a rather large and growing group of people into retro computing, and the need for a hardware-accurate emulator seems to have been a common problem this community share.

I stumbled on PCem and decided to give it a go. Now, fairly recently (June of 2021) the brain child of PCem, (Sarah Walker) called it quits. But thankfully there is someone (Michael Manley) taking over and it appears my timing was just right as the forums and site was offline for a while.

Anyway, the documentation and instructions is not great and that was a little frustrating. However, I was able to get the application compiled on Ubuntu 20.04 and even got the network going. Below is the commands I used:

A binary named pcem will be created and the first time you run it, it will create a directory ~/.pcem.

You will need to hunt down roms which are basically the binaries that emulate the old hardware BIOS. Once you have it, you can copy them to the ~/.pcem/roms directory.

After that whole exercise, setting up a new machine is virtually te same as in any other similar software so if you are familiar with VirtualBox and others, you should be ok. There are also some sites with a more detailed walk through, should you need it.

The configuration is ultimately saved in a file in ~/.pcem/configs. May final setup consisted of the following:

At some point I would love to try getting a dialup emulation going, but for now I just relied on my LAN for connectivity.

Of course, at this point you will need a lot of original software to setup your system. Luckily I made ISO copies of almost all my old software, but you may also be able to find copies of old software on the Internet - just be aware of copyright as well as the fact that malware is likely to be found on downloaded software.

Anyway, I installed my old copy of Windows 98 with some other software. There was a couple of false starts and only on my third newly created machine was I able to get everything running perfectly.

From the emulator it is possible to take a screenshot, and below is an example from one of my sessions: 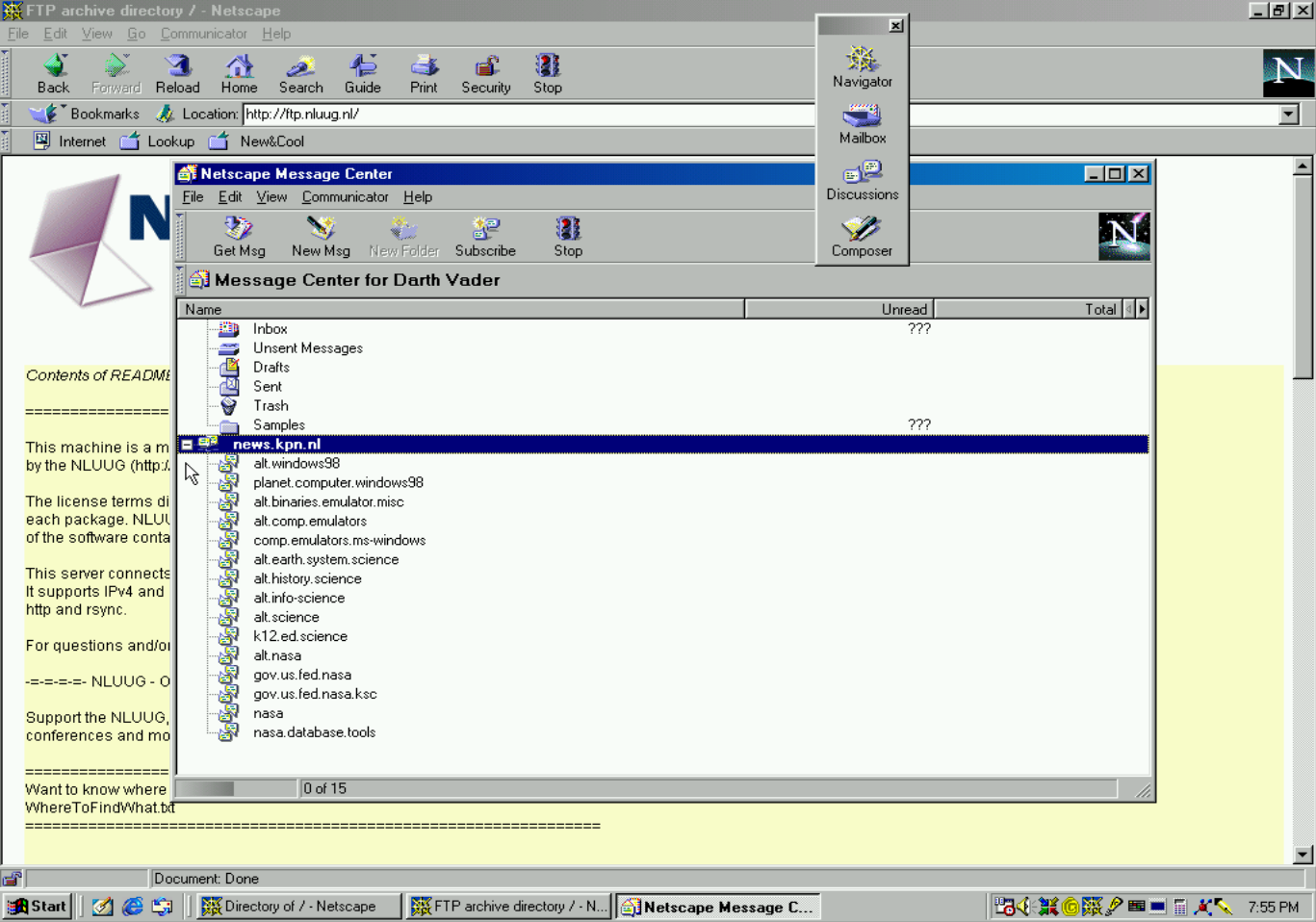 At this point the system more or less performed just like I remembered it.

All my old software from this era worked great. I was (and still is) a big fan of WordPerfect and Quatro Pro. In my most humble opinion, Corel WordPerfect Suite 8 Professional was (or still is?) one of the best office suites out there.

I installed some other software but I have not been able to get to it all in detail. However, I have confirmed that these work, and the very short list include:

From an emulation perspective, I think PCem does an excellent job. Everything feels authentic. Even the long wait while formatting the hard drive - even though I'm on a very fast SSD. The installation of Windows alone still take the better part of an hour and it can take several hours to get all the other software installed and configured the way you like it.

How useful is the Internet on this old technology?¶

The big question for me was if I would be able to use the Internet.

Well, technically it works... but modern websites is obviously a problem and more specifically in two ways:

However, the other protocols which does not rely on encryption, and where the protocol itself has hardly evolved, all work perfectly well. I tested especially FTP and NNTP resources, with great results.

FTP is still very useful for getting software. A lot of universities also still maintain FTP sites. I truly hope this remains the case for the future, as this is one of the rare useful links we still have to the legacy of the Internet.

Internet News still works, and through my current ISP (KPN in the Netherlands) I could still access their local server. However, it is with some sadness that I have to report that the current newsgroups are all basically useless for again mainly two reasons:

And that leads me to the future of what I would like to achieve with this nostalgic trip. There is already a lot of effort going into the preserving of old hardware. Sadly, I know that these hardware collections will at some point all stop to work, just because of failing components with no replacements available. Therefore, and eventually, any "historic record" for our computing legacy will have to be in digital form. The question then becomes what do we preserve and how.

I think hardware emulation will have a growing importance and on top of that we need to find a way to run an old version of the Internet - like a 90's era Internet. Of course I'm just using the 90's as my own point of reference as that is when I started using the Internet. The Internet is of course older and perhaps there is also some merit in preserving that - but that will not be my focus.

I am considering now to run some of the old technologies like Web servers, FTP servers etc. in emulation somewhere in the cloud. While HTTP still works on the current Internet, it should be possible to pull off - at least at the moment. It will not be without risks of course... The minimal security of these old systems (compared to today's standards) will put them at great risk of being hacked. So perhaps one solution would be to make these available in one of two ways:

Personally I'm leaning toward the second option. We will see how it goes, but first I need to finish up my other current project and then I can focus on something like this.

I hope to also hear about your opinions on this, so please leave a comment.

From here you can search these documents. Enter your search terms below.